How to Have Shower Sex Without Killing Yourself

Sex and water: two life forces sustaining the human race. Each is powerful on its own, but combining them creates an alluring yet dangerous experience. Enter: shower sex.

According to a survey from Trojan, 60% of Americans want to have shower sex, however, only about 30% of people have actually attempted it. Doing it in the shower instead of the sheets might seem like a great way to spice things up, but the hesitancy is warranted. Shower sex requires all the standard sex skills—balance, core strength, creativity—but with the added twist of slippery surfaces in a confined space.

What could possibly go wrong?

Shower sex is a high-risk, low-reward endeavor. It doesn’t necessarily feel better, it’s more about the bragging rights—kind of like road head. Anyway, if you’re willing to put your life on the line for a few minutes of steamy shagging, read on.

What You Need FOr a (SAFE) Shower Sex SEssion

Of all sex-related injuries, those that happen in the shower tend to be the most gruesome. We asked some dudes to describe the collateral damage they incurred during shower sex, and the responses were quite alarming:

Don’t let those scare you away from the suds, though. These four products make shower sex possible without a trip to the emergency room.

Between lube, soap, water, and bodily fluids, your shower floor will get dangerously slippery. To avoid a tumble, get yourself a non-slip shower mat to stabilize yourself and your partner. You can pick one up for like $20 on Amazon—way cheaper than a hospital visit.

Let’s face it: you’re going to need something to grab onto, and your shower curtain won’t cut it. Pro tip: buy a grab bar (on Amazon for $12). You can simply attach it to your shower wall using the suction cups, and take it off when you’re done.

According to the aforementioned Trojan survey, Americans consider lube to be the most essential item for successful shower sex. Warm water has an adverse effect on natural lubrication as well as condoms, so you’ll need to compensate. One Redditor describes silicone lube as “the messiah of shower sex."

These are usually marketed to old people who need help getting in and out of the tub, but who says you can’t use them to get in and out of something else?

Now that you’ve got all the prerequisites, it’s time for your curtain call (no pun intended).

Your shower is safe when you’re in there alone, scrubbing your disgusting body. But adding another person, plus all the twisting, turning, and thrusting turns it into a death trap. If you think you can just waltz in there and perform your standard bedroom routine, think again. 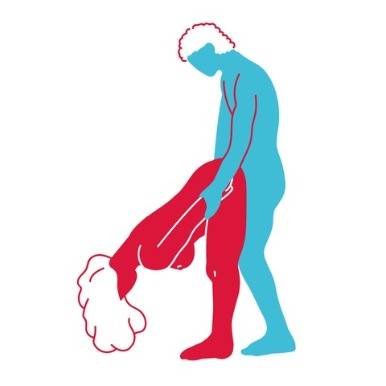 If you’re a first-timer, this is the safest position to start with. Your partner bends over with her hands against the shower wall while you stand behind (ideally on the non-slip mat). For additional support, grab the showerhead or the grab bar if you have one. 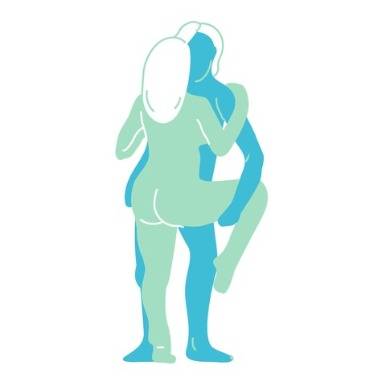 Start by standing with your back against the wall with your partner facing you. Next, have your partner raise one leg and wrap it around your waist. She can also prop her leg on the edge of the tub if possible. 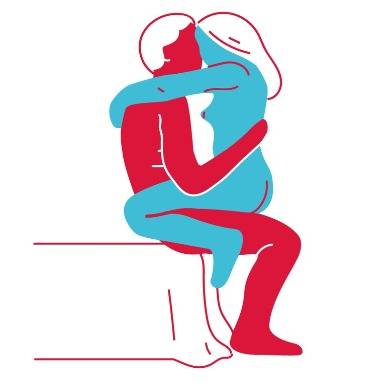 Disclaimer: you’ll need to get a shower seat for this one (unless you have one of those badass showers that already has a seat built into it. Things are pretty self-explanatory from here: sit down and let her hop on.

The Shower Is the Best Place for Oral—Seriously

Slobbering on someone’s genitals is a revolting act when you think about it. Your dick, nuts, and gooch are festering with bacteria, and I’m sure you don’t want to think about what the ladies have going on down there before you go down on her.

But fear not, the shower shifts the paradigm of oral sex. All your parts are clean. Washing up is the perfect time to go down. No matter who’s giving or receiving, it’s important to utilize the grab bar while the other partner squats down to do the deed. Bonus: there’s cleanup material already handy.

There’s no shortage of shower sex skeptics out there. But once you get the hang of it, you’ll want to keep at it. Trojan reports that a vast majority (81%) of Americans who boinked in the bathroom want to do it again. 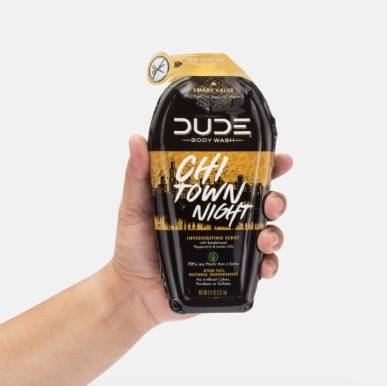