Some corners of the Earth have yet to be explored. There's the Vale do Javari region of Brazil and the New Hebrides Trench near Australia, just to name a couple.

And then there are the corners of your body that have yet to be explored. Among these uncharted territories is your gooch, also known as your grundle, taint, or perineum.

Be Good To The Gooch

Whether you call it by its slang or scientific terms, one thing is certain: this patch of skin between your balls and butt is arguably the smelliest, filthiest, and misunderstood crevice in all of the human anatomy.

Coming up, we'll get acquainted with your taint, help you keep your stank under control, and give you a primer on whacking the weeds in your grundle garden.

Should You Call It a Gooch, Grundle, or Taint? 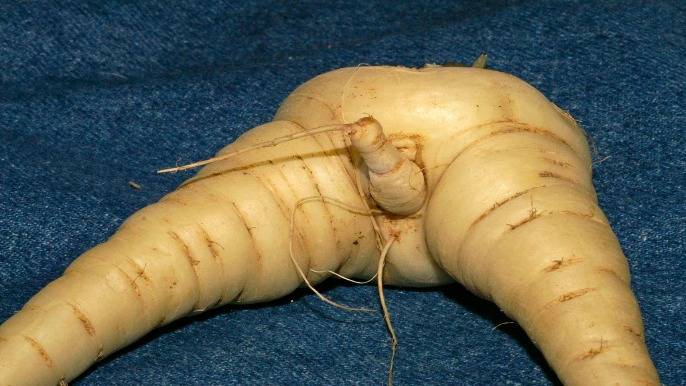 Before we get into the anatomy of this stink patch, let's talk about etymology: the stories behind the slang terms that are popular for your perineum. These three nicknames all refer to the same stuff, so whatever you call the wall between your nuts and butt is a matter of personal preference.

Gooch: The most plausible backstory here is that gooch is a play off the word "cooch," referring to a woman's vagina. A "guy cooch" is a gooch. Here's a fun fact, there's an actual place called Goochland County in Virginia.

Taint: This term stems from the phrase 't' aint pussy and t' aint asshole.' This seems to have been first recorded in E.E. Landy's Underground Dictionary back in the 1970s.

Grundle: The origins of the term "grundle" are shrouded in mystery. Shockingly, linguistics scholars have yet to explore the etymology of the various slang terms for skin that's smeared with sweat and feces.

Thought "the smell of balls" was, indeed, your balls? Think again.

Contrary to popular belief, that putrid aroma that bubbles up in your undercarriage does not originate from the ballsack itself, but rather behind the balls—on the taint.

This strip of skin accumulates sweat, but with nowhere to escape, the sweat thickens into an oily film known as "duck butter" or "grundle butter." Without adequate bathing habits, you can build up a blanket of this sludge on your taint that necessitates a power washer to remove it.

Your taint is also prime real estate for swamp ass to take its toll. On a hot summer's day, it can feel like someone sprayed your third pit with a super soaker. Mop up that booty dew and powder up, dude. Otherwise, you'll be stuck with a stinky, sweaty, soupy taint.

Is Your Gooch Good for Anything?

While your gooch doesn't have much of a functional purpose other than collecting sweat and tangled pubes, it does serve as a convenient spatial barrier between your family jewels and your fart box. Imagine trying to wipe yourself effectively with your nut snack flapping all over your anus.

Now, onto something more important: your anogenital distance. Huh?

Your anogenital distance, or AGD, is the distance between your anus to the underside of your scrotum—and according to science, longer AGD is linked to higher semen volume and higher sperm count.

The study reported than men with an AGD shorter than two inches have seven times the chance of being sub-fertile than their counterparts with an extended AGD.

So, it looks like size really does matter after all...just not the way you thought.

How to Groom Your Grundle

It doesn't take a genius to understand that your gooch is a festering patch of sweat, bacteria, and fecal remnants. But pubes make matters even worse, as that gunk gets tangled in hair that hasn't seen the light of day.

The solution? Whack the weeds in your grundle garden.

If you're committed to tidying up your taint, you have two options: trim or shave. The following steps apply to both methods.

Can't decide whether to go full bush, full bare, or somewhere in between? Look to the Law of Pubic Proportions: Your grundle hair should never be longer than the rest of your pubes.

If your sack and shaft are as smooth as silk, don't leave a hairy surprise hiding deep beneath your loins.

No Shame in the Gooch Game

Gooches don't get much love, for obvious reasons. Talking about your taint 24/7 probably won't win you many friends. But that doesn't mean you should neglect it in the privacy of your own bathroom.

Call it what you want and keep it clean. Your gooch is your business, dude.

What Is a ‘High-Value Man?’ The Internet Can’t Decide