Why Do You Get Your Best Ideas in the Shower? – DUDE Products Skip to content

Why Do You Get Your Best Ideas in the Shower? 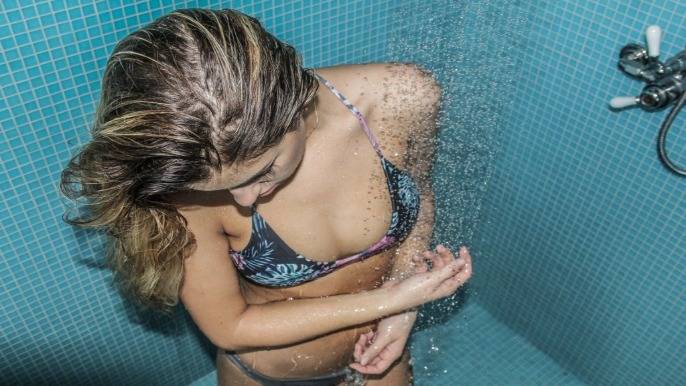 Paul McCartney woke up from a dream and had the tune to "Yesterday" in his head.

Isaac Newtown came up with his theory of gravity after an apple bonked him on the head while daydreaming under a tree.

Woody Allen takes long showers to get his creative juice flowing before writing.

Archimedes supposedly first yelled "Eureka!" after getting into a bath and realizing his water displacement theory.

Most of our best (or worst) ideas come when we least expect them.

One of those places, where we often find the solution to a frustrating problem or have an Aha! moment is the shower.

For undeniable proof of this assertion we point to the Reddit subreddit r/showerthoughts, which has over 15 million subscribers and is always trending. Where else but the shower could one think of these pearls of wisdom?

"Somebody at google was just like, 'yea, just have someone drive down every road on fucking earth.'"

"A guy named "Weird Al" has had a 40+ year long career with no allegations of sexual impropriety."

"Security at every level of an airport is absolutely ridiculous. Until you get to the baggage claim. Then it’s just like take whatever bag you want."

"Our parents warned us for years about the 'dangers' of the internet while knowing nothing about it, then finally dove in and fell for every. Single. One."

"THE FIRST PERSON WHO INHALED HELIUM MUST HAVE BEEN SO RELIEVED WHEN THE EFFECTS WORE OFF."

But don't just take Reddit's word for the value of a shower. Paul Graham, an entrepreneur and investor who founded the tech incubator Y Combinator, which has made billions investing in companies like Airbnb, Dropbox, and Reddit, says, "It's hard to do a really good job on anything you don't think about in the shower."

And there's actually a lot of science to back this up. Your brain isn't actually at its most active when you're super focused.

It's when a part of your brain is able to go on autopilot and you're able to relax that our most creative thinking gets done. You've (hopefully) taken thousands of showers, so you can do it without much thought.

This is how you are able to see returns on what scientists call the incubation period for ideas. If you been thinking long and hard about a problem, the best thing you can do is take a break and let your subconscious work at it.

When you hop in the shower, we go into autopilot mode, which allows our minds to wander, giving our subconscious the chance to surface it's ideas into our consciousness.

Another important ingredient for creativity is dopamine. Warm showers activate dopamine by making us feel good and relaxing us. As our mood changes from the dopamine release, the activity in our brains increase.

John Cleese, a founding member of Monty Python and the Ministry of Silly Walks, says about creativity, "If you're racing around all day, ticking things off a list, looking at your watch, making phone calls and generally just keeping all the balls in the air, you are not going to have any creative ideas.”

Showering can be the most relaxing part of our day. It's the only place we're not bombarded by emails, DMs, and texts, allowing the deeper recesses of our brains to give us answers that were there all along.

There are times in your life where you need a break to take a breath and freshen up. For those times, the DUDE Shower is there to keep you smelling clean and feel fresh — something your precious indoor plumbing could never do.