There you are, frolicking in the sheets, warming up before you get down and dirty. After a few minutes, she tells you it’s time for the train to pull into the station. But before you start this bedroom rodeo, your sex-ed instincts kick in. You decide to wrap it up because you’re not an animal, so you reach for the condom you’ve been waiting to use.

As you fumble with the wrapper, you catch a glimpse of the fine print: EXP-04-2019. That’s right: the only thing standing between you and a little lustful thrusting is a piece of expired latex.

Is the condom actually defective? Or is the expiration date just a scare tactic to get guys to buy more condoms? There are a variety of factors at play here, so study up before you wrap up.

Why Do Condoms Have An Expiration Date?

In the US, the Food and Drug Administration requires that each individual condom have an expiration date printed on its wrapper. But why?

"[Condom] materials degrade and deteriorate over time, making the condom less strong and less flexible," says Deborah Arrindell, vice president of health policy at the American Sexual Health Association. "Think of an old rubber band and how dry and brittle it becomes. As a result, the condom will be more prone to break or tear during sex, and is then, of course, less effective."

While latex and polyurethane—the primary materials in most condoms—are strong on their own, it’s the chemical additives that cause them to weaken over time. For example spermicide can shorten the lifespan of a condom by about two years. It’s unclear whether other additives such as lube, flavorings, or colorings also accelerate the expiration of condoms.

Bottom line: condoms expire just like other medical products, so don’t do the dirty with a defective condom—Doctor DUDE’s orders.

Is an Expired Condom Better Than No Condom?

Condoms are about 98% effective at protecting you from STIs (and parenthood) if you use them correctly. But if you’re parting the pink sea with an expired condom, that number can plummet.

How Can You Tell If a Condom Is Expired?

You can find a condom’s expiration date on the box it comes in or the individual wrapper. It will probably read something like 2021-08. That means your peen is protected through August 2021.

Aside from the expiration date, there are other warning signs that a condom may be past its prime and unable to stop your man juice from spreading. Here are some things to look out for:

If any of these red flags come up during your sexy time, pump the brakes, opt for oral, order a pizza, do anything else—think with your head (no, not that one).

How to Maximize the Shelf Life of Your Condoms

Storing condoms properly is just as important as using them properly—that is if you actually want them to work.

Store condoms in a cool, dry place. A bedroom or bathroom drawer is ideal. Just don’t let them come in contact with any chemicals or manscaping tools.

Condoms hate the heat. Extreme heat can make latex weak and sticky, so don’t store them anywhere that might reach 100 degrees: inside your car, near a furnace, or outside. Ultraviolet light (sunlight) can also ruin condoms in a matter of hours, so beware if you’re planning beach sex.

Your wallet is for money, not condoms. Even the National Institutes of Health agrees with us on this one. Friction from opening and closing your wallet can quickly damage a condom. Not to mention, sitting on a piece of thin latex isn’t exactly the best way to preserve it.

DUDE Tip: Condom cases are one of the best ways to protect your protection. They come in all shapes, sizes, and colors—all of which are more effective than jamming it between your credit cards and coupons in your wallet.

We get it: Times are tough. Guacamole costs extra and gas prices are always soaring. But we’re talking about your health here. STDs are on the rise, and forking up a few bucks for a pack of condoms is way cheaper than antibiotics (or a kid).

If your rubbers are expired, sticky, stinky, or stiff, don’t risk it to get the biscuit. Just buy a fresh pack, DUDE. 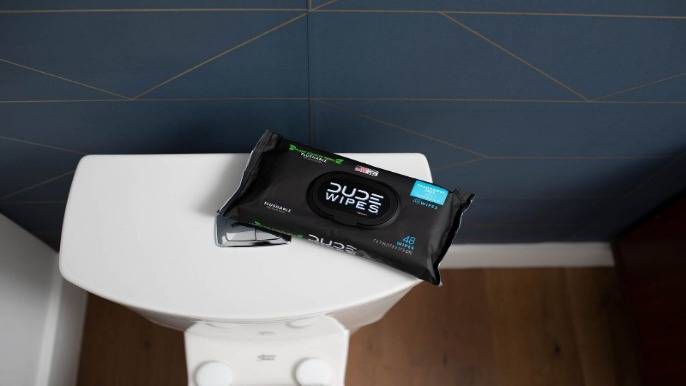