Is Blue Balls A Thing? Sort Of – DUDE Products Skip to content

Is Blue Balls A Thing? Sort Of

Did you know Marvin Gaye’s hit single, "Sexual Healing," was originally written as an ode to blue balls, as Marvin sought relief from his girl?

I mean, check out the lyrics:

I can't hold it much longer

It's getting stronger and stronger

And when I get that feeling

But seriously, blue balls is totally a thing—and it can be agonizing. So, what exactly is this scrotal suffering? How does it happen? Is there hope for the afflicted?

We’ve got those answers and more.

What Exactly Is Blue Balls?

Simply writing about blue balls can make a dude’s nuts ache, so bear with us.

Blue balls is a slang term referring to pain in the testicles caused by unrelieved sexual stimulation. Ironically, the balls (usually) don’t turn blue—more on that later.

According to Sex Slang, the term “blue balls” originated more than 100 years ago. The condition is common, but urologists have noted that not all men experience the condition (lucky bastards).

As if you needed a reminder, here are some symptoms of blue balls:

The medical term for blue balls is epididymal hypertension. Translation: Your balls are screaming for relief.

We all know blue balls feels like a roundhouse kick to the gonads, but you’re probably curious what’s going on down there anatomically. Let’s break it down.

During foreplay, all that friction prompts your body to shuttle more blood to your nether regions. The result is a stiff wang and swollen balls (seriously). Normally, this blood disperses after climax. But sometimes, shit happens.

The phone rings. Her dad comes home. A roommate knocks on the door. Your magic moment is ruined, and now you’re stuck with a stiffy.

Up to that point, sperm was making its way from your scrotum and into your prostate. But without ejaculation, all the pressure that’s been built up has nowhere to be released. Soon, the aching sets in and boom: you’ve got blue balls.

Why Is It Called Blue Balls?

Despite the catchy and popular terminology, harboring unreleased semen won’t actually change the color of your balls. But that’s not to say a dude’s balls couldn’t theoretically turn blue.

“Although ‘blue ball’ discomfort is not associated with discolored testicles, the use of any blood-constricting devices or toys on the scrotum or simply twisting the testicles more than 360 degrees in any one direction could impair blood to the testicles and turn them blue,” explains urologist Paul Turek, MD.

In the case of blue balls, “blue” better describes the mental state of the situation rather than the physical state—you’re bummed because you didn’t bust.

Is There a Remedy for Blue Balls?

So it feels like your nutsack is having a migraine. Now what?

Since blue balls hasn’t been studied extensively, the medical community hasn’t established any official treatments for it. Fortunately, dudes have developed a few effective remedies (often out of necessity) that can assuage a swollen scrotum.

If none of these options are feasible for you, don’t freak out. Blue balls isn’t dangerous at all, and that sexual healing that Marvin was talking about will come naturally. 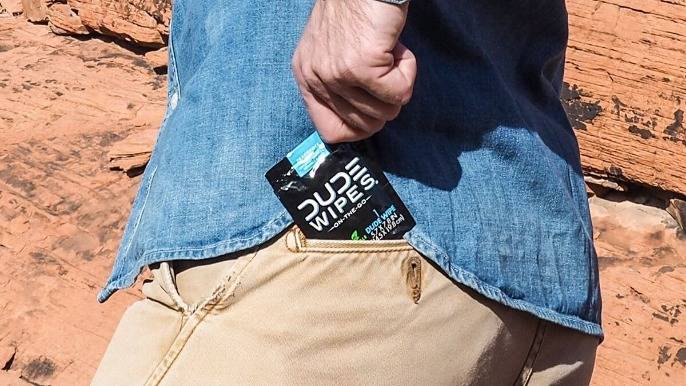 Is Constipation To Blame for Your Back Pain?

Eating with Crohn’s Disease Is Complicated. This Guide Makes It Easier.

The ‘Brown Note’ Is a Noise That Makes You Crap on Command…Or Is It?

The Soapy Science Behind Shower Thoughts

We Tried Prune Juice for Constipation: It Totally Works