‘Big Dick Energy’ Is Definitely Still a Thing. But Do You Have It? – DUDE Products Skip to content

‘Big Dick Energy’ Is Definitely Still a Thing. But Do You Have It?

It’s been almost two years since the phrase ‘Big Dick Energy’ (acronym: BDE) took the internet by storm. BDE has been the focal point of podcasters, stand-up comedians, musicians, and everyone in between. A meme of this magnitude is unspeakably rare.

All of this commotion has prompted many dudes to wonder: Do I have Big Dick Energy?

We’re going to help you answer that. But first, let’s explore how BDE came into existence and what BDE means.

The History of BDE 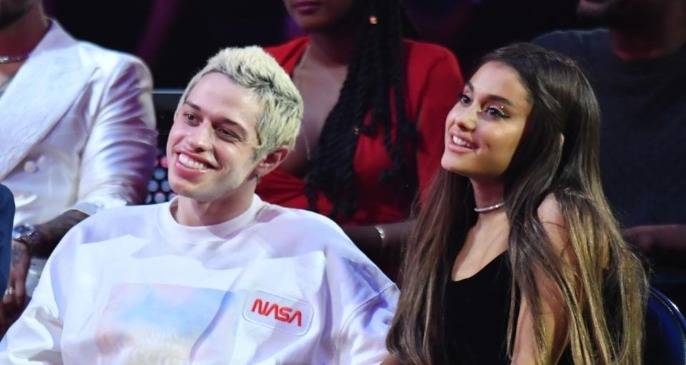 Like countless other cultural phenomena, BDE was spawned by a tweet. You can always count on social media. Upon the passing of celebrity chef Anthony Bourdain, Twitter user @imbobswaget delivered the following digital eulogy:

“We’re talking about how Anthony Bourdain had big dick energy, which is what he would have wanted.”

This accumulated 7,000+ likes, but it wasn’t until pop sensation Ariana Grande tweeted about her former fiance Pete Davidson’s allegedly large penis that the phrase ‘Big Dick Energy’ really came into its own.

“Pete Davidson is 6’3 with dark circles, exudes big dick energy, looks evil but apparently is an angel, and loves his girl publicly; the only thing wrong w him is that he’s a Scorpio but anyway.....id married him within a month too.”

Trending within days, saying someone had BDE was the greatest compliment you could give them.

“What we’re talking about is really more of an aura, a vibe,” Allison P. Davis wrote for The Cut. “There are men with Big Dicks, but who do not ooze BDE. There are men with average to little ones who can have so much BDE you’re surprised to find that their wang does not touch their knee.”

People with BDE are never “hardos”, those douchebags who get a power trip off telling everyone how important they are. Nor are they dick pic guys being overly aggressive with women. You earn BDE by knowing your true worth in a low-key way.

Since BDE can’t be quantified, the best way to describe it is to observe those who exude its qualities.

Pete Davidson’s zero-fucks-given personality earned him BDE status. As far as actors, Johnny Depp, Idris Elba, and Brad Pitt fit the description. In the music biz, Post Malone and Lil Nas X are BDE poster boys. And on the football field, it would be hard to make a case against Super Bowl MVP Patrick Mahomes.

This leads to an important question: Is having an enormous penis a prerequisite for BDE? According to the collective wisdom of the internet, the answer has been almost unanimously “No.”

The argument has been made that since BDE is about attitude, swagger, and charisma, there’s no reason why a woman can’t possess it. Thus, Rihanna, Cardi B, Serena Williams, and Cate Blanchett rank among the women who are BDE-certified (at least by the standards of the Twittersphere.)

Do You Have BDE?

If you can honestly answer “Yes” to most of these questions, you probably have BDE:

Ariana Grande might not publicly endorse your penis size, but rest assured that it doesn’t mean you’re disqualified from having BDE.